Why do I get thoughts about death

opinion Why you should start worrying about your own death now

Do you know what your own funeral should look like? Our author didn't know this until recently. There are good reasons to deal with your own death. 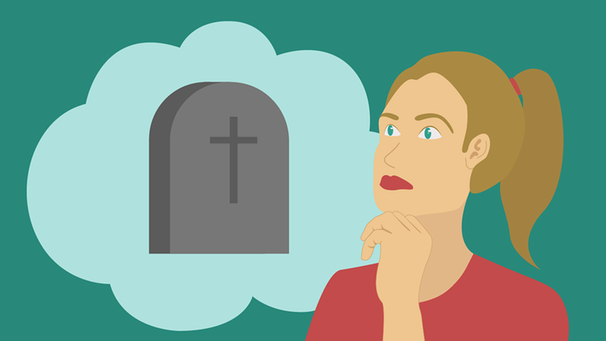 We're all going to die, sure. Nevertheless, we are terribly reluctant to deal with death. Your own death in particular is almost a taboo subject. No wonder, because it's just damn scary not to know what to expect after the end of your life: the eternal hellfire, a black nothing or rebirth as an ant? Besides, it's not half as fun to think about your own finitude as to make plans for the future. But above all, your own death is still so far away: the average life expectancy of people born in 1990 is almost 76 years. So why should I concern myself with my ending when I still have so much time?

For me too, death was a supposed "problem" for old people for a long time. Until six months ago a friend of mine was diagnosed with cancer as a shock - the chances of a cure initially uncertain. Fortunately, it is now clear that she will survive. Nevertheless, I only realized at that moment: Fuck, the Grim Reaper knocks faster than you think. He doesn't give a shit if I'm 28 or 88. And I'm absolutely not prepared for that.

Self-determination - even after my death

This is particularly problematic because self-determination is extremely important to me - as is probably most of us. Why should I forego this right post mortem? Small example: I decide every year how to celebrate my birthday, whether it's a huge 80s theme party or a small group of friends and family. Consequently, I would also like to determine how the festivities on the day of my death, aka my funeral, should look like. There are umpteen possibilities with the forms of burial alone: ​​in the coffin in the cemetery, as a pile of ash under a tree in the cemetery, pressed into a fancy diamond ... The same applies to music, funeral feasts and dress codes.

One could say at this point: "It doesn't really matter if I'm dead, I won't hear anything about it anyway." At this point, however, I am also concerned with my bereaved. Anyone who has ever lost a loved one knows: the pain can drive you almost crazy. In this state of emergency, I don't want to burden my loved ones with having to make decisions for me that they aren't sure would be cool with at all.

Organ donation card and living will help my relatives

This is especially true for serious medical decisions such as: Should my organs be donated after my death? And before that: When do I want life support measures to be discontinued, for example if I am in a coma after a serious accident? If in doubt, my parents shouldn't have to pass my death sentence, because I wouldn't want that the other way around either. There is only one thing that can help: a living will is needed, even if it seems so strange to me at this moment as a jolly young woman. I believe that one can take some of the horror out of death by preparing for it as well as possible.

I know this is a tough one. But strangely enough, dealing with one's own death can also make one more relaxed about many things. The more I become aware that my time in the world has an expiration date, the more precious it becomes and the more intensely I want to experience it. Instead of annoying myself about the delayed subway, I prefer to get on my bike and enjoy the sun's rays on my face. Or I jet from Germany to Ukraine on my motorcycle, even though that sounds dangerous at first. And if something really happens to me, at least everyone knows what to do.