What is the secret behind Facebook's success 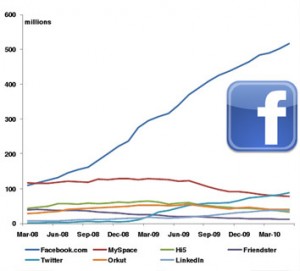 There are many online media platforms out there, but none are as successful as Facebook.

What makes Facebook more successful than other social media platforms?

So what's the difference? What makes Facebook more successful?

I think the secret behind Facebook's success is the fact that Facebook knows better than any other social media service how to motivate users to take action.

BJ Fogg's Behavior Model shows that usually three elements jointly trigger an action: Motivation, the prospect of success and the invitation to act. If users do not act, one of these three elements is usually missing.

In the video below, BJ Fogg, founder of the Stanford Persuasive Technology Lab, explains the Foggs Behavior Model.

“The Business Insider” presents innovation: a series of interviews with the most innovative entrepreneurs, sponsored by Mercedes-Benz. Mark Zuckerberg, founder and CEO of Facebook, talks about Facebook's three keys to success.