The Bauhaus and Korean architecture
Influence via detours

The Bauhaus was one of the most famous schools for architecture and design. Korean architecture was also influenced by the Bauhaus, because the German School of Design is considered to be one of the central birthplaces of modernism. The architecture critic Ulf Meyer sheds light on points of contact between the German Bauhaus and architecture in Korea, south and north.

The question of what influence the Bauhaus had on Korea can be answered with “almost none” and “an extremely large and decisive one”. Because as long as the Bauhaus existed, i.e. in the years 1918-32, Korea did not exist as an independent state. A hundred years ago the peninsula was under Japanese control and it was Japanese architects who brought modern, western architecture to Korea. Koreans themselves were not allowed to work as architects.

The Bauhaus and Japan 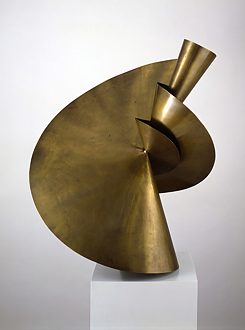 A work by Takehiko Mizutani from the preliminary course with Josef Albers (1927) | Photo: Bauhaus Archive Berlin, Photo Studio Bartsch Nevertheless, important concepts that had been conceived at the Bauhaus reached Korea. Japanese students at the Bauhaus were decisive for this. After Sadanosuke Nakada was the first East Asian to visit the Bauhaus in Weimar in 1922, Takehiko Mizutani was the first student from Asia to follow in 1927. Iwao Yamawaki (1898–1987) and his wife Michiko eventually became key figures in the West-East exchange of the avant-garde of the 1930s. Yamawaki came to Berlin in 1930, founded Studio Tomoe there and studied architecture with Mies van der Rohe at the Bauhaus Dessau. When the Bauhaus closed and Yamawaki had to return to Tokyo, he began an influential career as a lecturer, journalist and architect.

Renshichiro Kawakita, who translated László Moholy-Nagy's book “From Material to Architecture” and thus opened up a broader understanding of the educational concept of the Bauhaus in Northeast Asia, finally founded the Shinkenchiku Kogei Gakuin (Institute of New Architecture and Industrial) in 1931 together with Takehiko Mizutani Arts) to allow a touch of the Bauhaus to live on in East Asia. 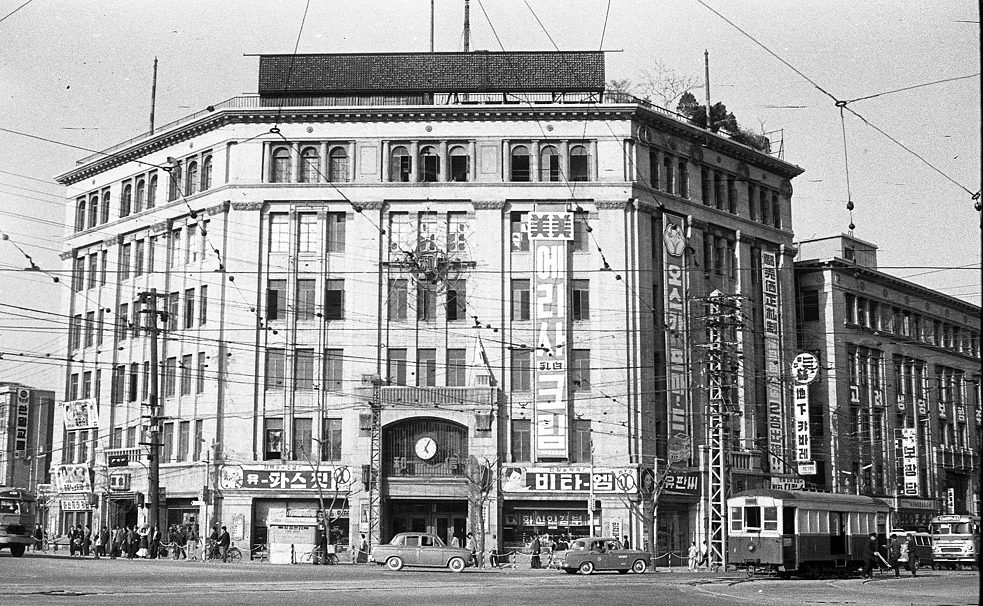 One of the first modern department stores in Korea: the Hwasin department store (photo from 1963) | © Yonhap News Modern architecture came over Korea in three waves: First, various bank buildings were built in the 1910s, followed by modern office buildings in the 20s and large department stores in the 30's. Department stores were the first steel and concrete frame structures in Korea; After the Kanto earthquake in Japan in 1923, they had become the new standard. However, their classic western façades initially revealed nothing of the modern supporting structures behind them. Department stores were the first buildings with an elevator and offered the largest interiors that one could experience in Seoul at the time. The fascinating new building types were at the same time an expression of not only economic foreign rule.

The Bauhaus in the service of Kim Il-sung 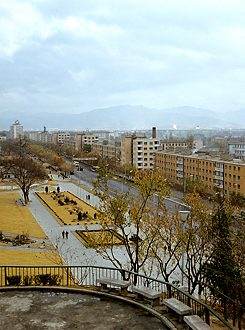 Wilhelm-Pieck-Allee in Hamhung, North Korea (1971) | © dpa The Bauhaus student Konrad Püschel continued the history of the Bauhaus in Korea. Püschel belonged to a GDR planning group for the reconstruction of North Korea. He traveled to North Korea on behalf of the GDR government, led the reconstruction in Hamhung, the second largest city in the country, and built numerous large settlements in "serial housing", as it later became notorious in East Germany as a prefabricated building.

Püschel's “German Working Group (DAG)” was sent at Otto Grotewohl's request to rebuild the war-torn city. Kim Il-sung personally proposed the reconstruction project in Hamhung. The East German planners should also organize the instruction and training of specialists on site and supply systems and finished products. The architect Hans Grotewohl, the son of the GDR Prime Minister, and his wife Madleen built houses and a middle school that had been financed with donations from the GDR. The GDR supplied the socialist fraternal people with the technical equipment and works for plates, clay pipes and ceramics and a large carpentry workshop.
Shortly after the Berlin Wall was built, the last East German advisors traveled back to the GDR. Grotewohl was made an honorary citizen of Hamhung for his work, but the "Wilhelm-Pieck-Allee", the main thoroughfare in Hamhung, was soon renamed again.

Le Corbusier prevails in the south

The most famous architect Kim Swoo Geun (1931–86) went to Tokyo to study after studying in Seoul. After his return to Korea in 1960, a meteoric career began, which led from the building of the SPACE Group (1978) to Christian sacred buildings to the Olympic Stadium in Seoul. It is also true of the second grand master of Korean post-war architecture, Kim Joong-eop (1922-88), that he abstracted elements of the Korean cultural tradition in contemporary architecture and thus sought a genuine Korean expression in the freely formed concrete architecture based on Franco-Swiss models. 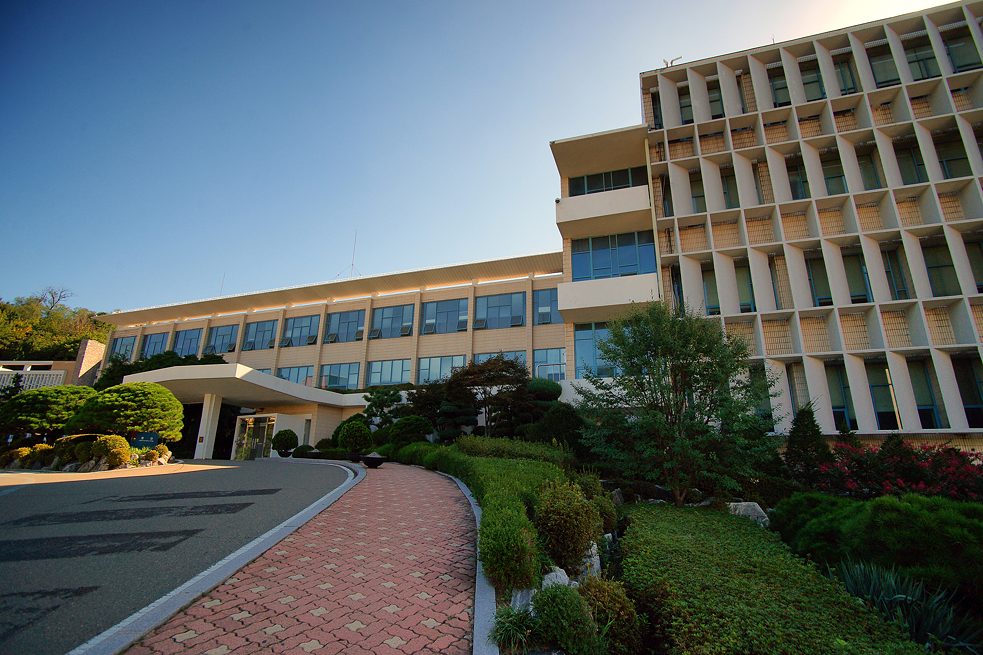 The main building of Sogang University (Kim Joong-eop, 1958) is now part of the “future heritage” of the city of Seoul | © Yonhap News

The spirit of the Bauhaus in Seoul's apartment complexes

After the Second World War, when countries like the Federal Republic of Germany did not want to waste time in order to reconnect with the more democratic pre-war tradition and thus with the Bauhaus-like modernity, Korea was thrown back by the devastating Korean War. When it was finally over, South Korea was looking for an “emphatic break from the architecture of the occupation” and went back to the time before 1910.

At the same time, the American influence was evident in the emerging international style. The economic miracle called for a renewed, comprehensive modernization of the big cities in South Korea. Especially in mass housing construction, which has shaped Seoul like no other metropolis in the world to this day, the principles of prefabrication, rational production in rows and the desire for functional segregation and strict orientation towards the cardinal points prevail Bauhaus and were also eagerly re-imported in Germany - as with Gropius-Stadt in Berlin, for example - by the emigrated German architects of the modern era. Because to understand the Bauhaus only as a style-defining school falls short of the mark. Its effect extends to technical and political areas, as the development in both halves of Korea impressively shows.
<?