How much tea a day?

Small children and the elderly in particular often neglect drinking. However, this can very quickly have negative consequences for both the brain and the organs. But why is this actually the case and can you drink tea instead of water? How much tea can you drink a day?

It is therefore important to drink a lot

The human body consists of about 70 percent water, which corresponds to an amount of about 43 liters. Spread over the day, it excretes between two and three liters of fluid. Of course, this loss has to be replenished, which is why the saying: "Drinking is important" is very appropriate. In total, the body needs around 2.5 liters of fluid a day to make up for the loss. It is said, however, that we ingest about a liter through food alone. Accordingly, you should drink about 1.5 liters of water or unsweetened tea throughout the day. Since the body loses almost twice as much fluid through sweating in summer than usual, you should drink at least two liters on hot days.

Furthermore, our body needs water so that the blood can flow properly. The oxygen and nutrients that keep our circulation stable and promote concentration are transported through the bloodstream. If you haven't drunk enough, your brain performance decreases and headaches and tiredness spread.

But not only do we need fluid internally, our skin also depends on it. If the fluid balance is not balanced, the skin loses its elasticity. If you drink enough, your skin will look firmer and more beautiful.

It depends on the type of tea

You can really only drink fruit tea without hesitation and without restrictions. With black tea, green tea and herbal tea you shouldn't overdo it and only enjoy it in moderation. After all, green and black teas contain caffeine, and it would probably not occur to anyone to meet their hydration needs with coffee alone. The effects of the caffeine in tea shouldn't be underestimated.

For commercial types of green tea, a daily amount of around one liter, which corresponds to around three cups of 0.3 liters, is classified as harmless. However, you should always take the caffeine content of the tea into account and listen to your body. Everyone is different and should estimate for themselves how much green tea is good for them and. In the evening you can also use our low-caffeine Bancha green tea, for example. 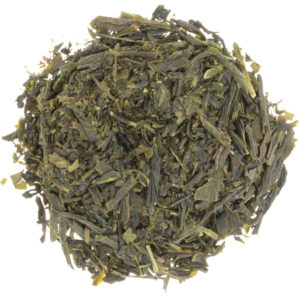 When it comes to black tea, it's always a question of tolerance. At 60 to 70 mg per cup, the proportion of caffeine is significantly lower than that of coffee, but it has a completely different effect. The tea takes effect in the body later, but longer. The European Food Safety Authority has classified around 400 mg of caffeine per day as safe. Then you could drink about six to seven cups of black tea, which makes about one liter.

In the case of herbal tea, it is advisable to change the variety again and again to avoid side effects through increased enjoyment. Especially with medicinal teas, you should follow the recommendations of the doctor or pharmacist or the information on the packaging.

Pregnant women should be careful

In addition to the type of tea, certain groups of people, such as pregnant women, should also carefully monitor their tea consumption. Because too much caffeine not only harms the woman herself, but also her unborn child. It is therefore recommended that pregnant women do not drink more than two cups of coffee a day. There is a maximum limit of around three cups for green and black tea, which should not be exceeded. Furthermore, teas with raspberry leaves, cinnamon or cloves should only be drunk at the end of a pregnancy, as they may have a labor-promoting effect.

But caution is still advised when breastfeeding. Both sage and peppermint can inhibit milk production. A fennel-anise-caraway tea, on the other hand, is recommended to stimulate this.

A lot doesn't always help a lot - this also applies to tea, which is considered very healthy. One should not overdo the enjoyment of tea, whatever its type. And if you take it carefully, the tea tastes best when you can enjoy it consciously and in peace. Too much would make your favorite tea simply uninteresting after a certain time and the good cup would lose its magic.