More and more garden soil is being plowed in Bogotá. Urban agriculture produces healthy food and promotes environmental awareness. We visited three city gardens that show how nature can also find a place in Bogotá.

Urban horticulture serves the ecologically sustainable food production in modern cities. City gardens sprout from the ground in green spaces, on balconies, terraces or unused communal areas such as fallow land. The idea of ​​urban agriculture goes back to times of economic crisis or war, in which the population supplemented their scarce menu; But it is also due to civil society's desire for green nature, while cities continue to grow inexorably.

In the case of Bogotá, urban agriculture is used for educational, environmental, recreational, therapeutic and community purposes in addition to providing food. The desire to create a garden often has to do with concerns about the quality of the food, which today is altered by genetic engineering, produced in masses and under the threats of climate change. There are already countless such unofficial gardens in Bogotá, which have become a meeting point, a place of cultural activity and a discussion of environmental issues for many. We visited three of these gardens, each of which shows in its own way that in the metropolis of Bogotá, in addition to vehicles and concrete blocks, there is also space for encounters with nature.

A roof full of vegetables 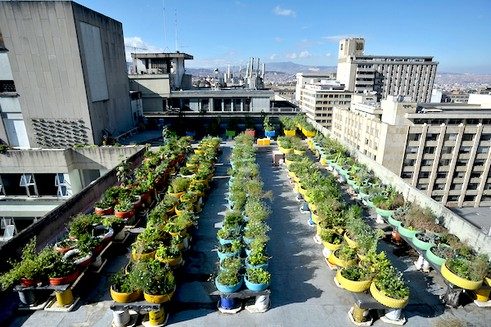 Casur garden in Bogotá | Photo (detail): © O. Pérez 2016 On the eleventh floor of the building of the Casur national police pension fund there is a true paradise for salads, coriander, parsley and onions. It's a roof garden right in the center of Bogotá. Because the police major Felix Vera, secretary of the Casur director, would rather rely on urban agriculture and recycling than on the gray cement of this terrace, which had remained bare for almost sixty years.

257 car tires as well as styrofoam boxes, paint cans and lemonade bottles serve as flower pots for the plants in this garden: from sunflowers and pumpkins to strawberries and kitchen herbs. The police horses provide the manure for fertilization and every day bees from the eastern hills of the city pay a visit to the flowers in order to close the natural cycle that was interrupted by urbanization.

"We improve our quality of life by promoting the consumption of organic food, and at the same time we use recycled materials and train our community," says Major Vera, because "recycling and horticulture are also a form of education". The aim of the project was to bring retired police officers together with citizens through urban agriculture. It is also hoped that the nearly three thousand police officers who fell victim to the armed conflict in Colombia will be able to draw productive strength from this garden. Gardening should be used as a means of rehabilitation, so the idea. The ecological commitment is the axis on which this garden is aligned. “If we extend this to all buildings in Bogotá, it would in a certain way help to combat the effects of climate change,” thinks Major Vera, “and that is our goal: together to shape the city and the planet as we do them wish us. " 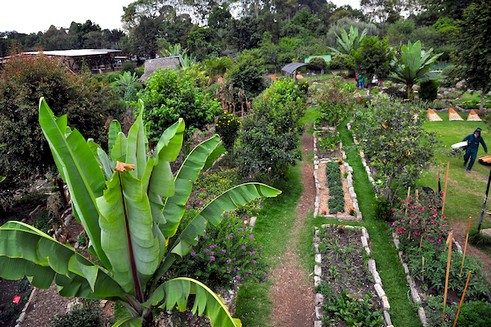 Botanical Garden in Bogotá | Photo (detail): © O. Pérez 2016 In Bogotá's Botanical Garden José Celestino Mutis (JBB) there is such a diverse and magnificent garden that, had he known it, the same José Celestino Mutis - Spanish priest and botanist, who 1783 embarked on a botanical expedition through Colombia - would have included him in his scientific expeditions. This part of the Botanical Garden is an extensive area which, from numerous paths, reveals the variety of over a hundred types of herbs, medicinal plants, vegetables and fruits. Anyone who walks here can feel the life of germinating seeds and smell the scent of the ripe harvest.

The JBB has been leading the urban agriculture program in the Colombian capital since 2004. If you want to know how to sow at home and in communal areas, free workshops and training courses are offered here. “The participants learn to prepare the soil, produce organic fertilizer, take care of the plants and finally watch them grow, harvest and consume them,” explains the coordinator of the JBB's urban garden project, Diego Gutiérrez, and adds: “At so much pollution in the city we are interested in how people can use organic cultivation for the benefit of their health. "

A house to sow 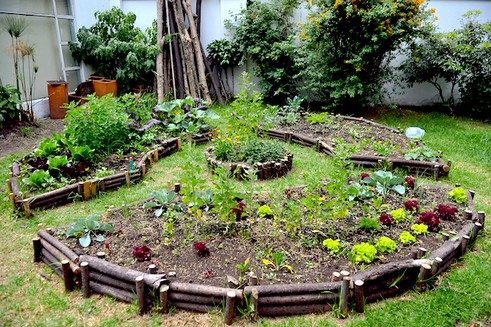 Jardín comunitario y educativo Casa 82 in Bogotá | Photo (detail): © O. Pérez 2016A tree-lined white house is located on the corner of Calle 82 / Carrera 7 in a prestigious district in the north of Bogotá. The Goethe-Institut organizes community gardening in its garden in order to teach the Bogotans and neighbors from the neighborhood how to produce their own food, all with an eye to ecological awareness.

The house, which is reminiscent of the Bauhaus style, has a long history. Built in the middle of the 20th century, it was initially a residential building, later the embassy of the former GDR in Colombia and, until recently, the seat of the Goethe Institute in Bogotá. Right now it is being renovated and is open to neighbors and citizens in general to breathe some fresh air in the middle of the city and track down the gardener within.

To consume what we sow “is to come back to earth, pause on the path and stop thinking like an automaton to understand where our food is coming from,” explains Diana Lara, forest engineer and volunteer on the project. Aromatic and medicinal plants, strawberries, curubas, which are related to passion fruit, peppers, lettuce and broccoli are just some of the plants that are grown here. The garden is laid out in a circle, there is an area for worm composting, a seed bed and a composting plant. The director of the Goethe-Institut, Katja Kessing, explains that this room is open to everyone in Bogotá, “you need nothing but the willingness to join this community. Everyone who wants to contribute or learn is welcome. "

Yoga and sustainable markets are among the offers at the "Casa 82 educational and community garden". Ricardo Guzmán, a neighbor, confirms: "Putting healthier foods on the table, knowing where they come from and having the opportunity to improve the overall urban climate is fantastic." 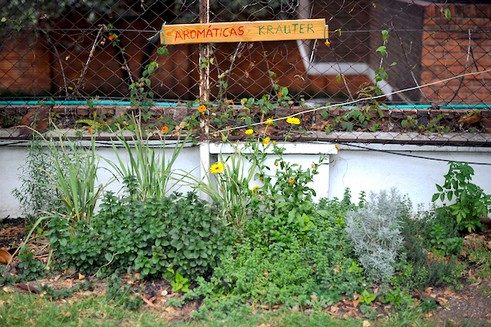 Jardín comunitario y educativo Casa 82 in Bogotá | Photo (detail): © O. Pérez 2016 Urban agriculture not only offers independence when it comes to food, it also promotes the well-being of the individual and allows the social network to grow together again. In Bogotá there is a lot of experience with urban gardens; they integrate parts of the population such as mothers who take care of their families, student communities, people with disabilities and young people with drug problems.

On August 27 of last year, Agreement 605 was signed, which lays the foundations for institutionalizing the program for urban and abandoned agro-ecological agriculture in Bogotá. It is the largest legal contribution to this topic to date. The inhabitants of Bogotá are already sowing and harvesting their fruits: healthy food, environmental awareness and their newly discovered rural roots.
<?