What are the next Mesolithic / Neolithic people to make a flint sword?

In the last two periods of the Stone Age, the Mesolithic and the Neolithic, technology improved significantly. Their predecessors, the Paleolithic, used roughly hewn flint as weapons and tools, but increasingly sophisticated devices made of wood, bone, antlers and cordage, and flint, were used in the Middle Stone Age. In addition, among other things, the people of the Neolithic developed polished stone tools that were more effective.

So what's the closest thing to a Neolithic, or ideally a Mesolithic, person to make a sword? I say "what's closest" because I assume the main obstacle is how the stone weapons break on impact with another blade. Instead, could they perhaps make a weapon somewhere between a very long knife and a sword?

Before I ask that question, I want to ask you a few things. If there are any errors in my question, or if there is something else impractical in this whole idea, by all means say so in the comments but no hate please, please. If you point this out to me, I will deal with it as soon as possible and that will solve the crisis.

Edit: So, I've got a few answers now about real Stone Age sword-like weapons or maces embedded with microliths. With that in mind, I will pursue the question further and ask: Could Stone Age people build a sword that is essentially an elongated flint / bone with a butting blade?

Metalwork was not available to them. I would say the best / only chance would be to find a piece of metal that is already in a flat shape that they could potentially sharpen or simply tie to a handle and use as a much more durable bat. I think if they could heat it up and soften it it would be more likely to be classified as the beginning of the next age.

Come on guys, give it a break - this is difficult to research without knowing the technical terms. SealBoi - google "microliths" and "bladelets" and look at some of the tools that have multiple small blades forming a single cutting edge. Also check out some of the Aztec weapons, such as the Macuahuitl: en.wikipedia.org/wiki/Macuahuitl

@ L.Dutch Believe me, I scrolled through Google searching for "Mesolithic Sword" or "Neolithic Sword" and found nothing that was dated before the Bronze Age. Would you like to recommend a website? Sorry if the question hasn't been explored, but I've tried. Also, the question is not, "Did Stone Age people have swords?" It asks how they would make one because I don't know of any sword before metallurgy.

What do you want to do with the sword, the actual fight or is it just a ceremonial item?

I can think of a few options.

An alternative that I haven't seen in our cultures (doesn't mean it doesn't exist! I'm far from an expert) is a sculpted bone sword. If your people have megafauna available, they could potentially carve a bladed weapon out of bones.

The first two examples immediately came to mind while reading this question.

Yes, this is a Mayan sword made from obsidian. Without the handle (probably wood), it's still 68 cm (nearly 27 inches) long, which makes it a sword rather than a dagger. 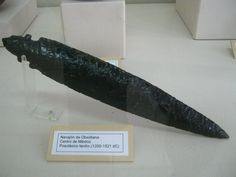 All you need is a large piece of obsidian and a lot of patience.

Flint was also used to make knives. But there were 40 cm long flintknapping blade cores, with a handle they would fall into the intermediate area between a long dagger and a short sword: 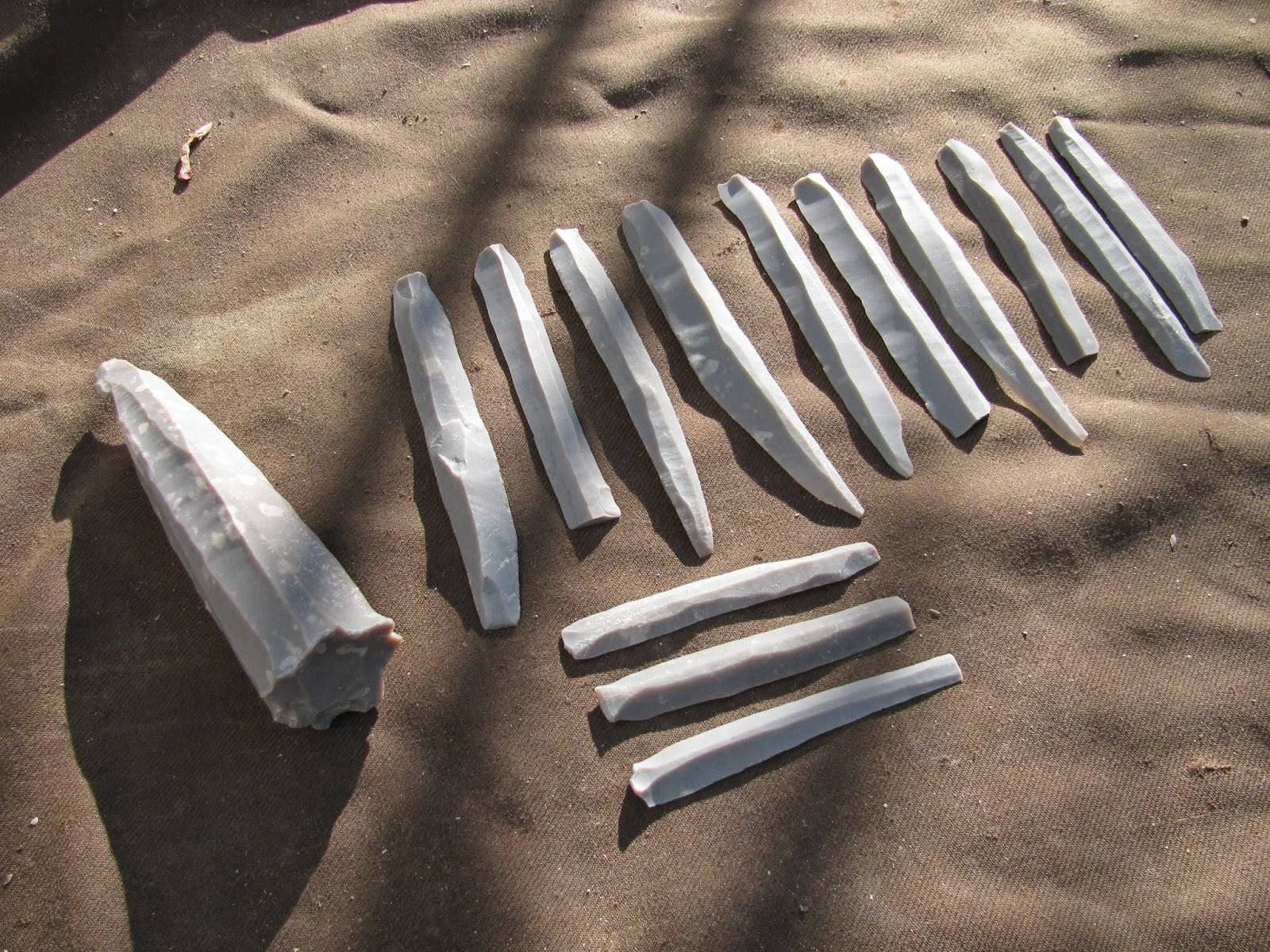 The handles could be made with bones and quite long: 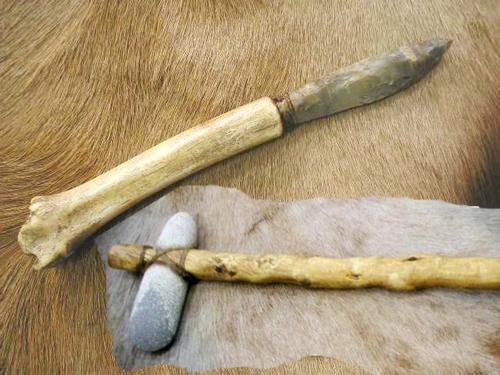 Bone can also be sharpened, although it is just a piercing weapon:

You should mention that such a sword (supreme) would not survive the fight and could break only by swinging it.

@John I think if it was corded and hit meat instead of bones it could survive for a while.

No, the really large flint blades are purely ceremonial. They are so fragile that you can break them just by swinging them. They are like gold swords for heads of state, they are a status symbol.

Censored to protect the guilty

Surprisingly close. Aztecs had wooden swords with obsidian blades that could behead horses with one blow.

However, they made no sense, so they couldn't be used for poking.

Decapitate a horse in one fell swoop? I doubt that.

Censored to protect the guilty

@kingledion, obsidian can take on a sharper edge than steel. The reason we use steel rather than obsidian today is because steel will last longer on its edge.

@Mark I would also doubt that a person of human strength can behead a horse in one blow with anything other than a lightsaber. A horse has a lot of neck.

There is a nice Stone Age version on the wiki page for sickles that can be easily expanded to become a sword. There are much nicer versions of this, seen on a Columbia University video of World History 8000 BCE - 1500 CE in one of the earliest videos.