Google Android and Apple iOS: The best apps of 2018 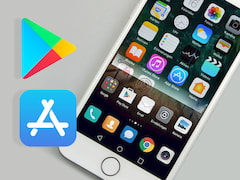 The top apps of 2018 from Google (Android) and Apple (iOS).
Logos: Apple / Google, photo / montage: teltarif.de Google and Apple have chosen the best Android and iOS apps of 2018. Both providers have listed different categories. For example, the Android app of the year is Drops: Learn 31 new languages. As the title suggests, users have the opportunity to learn new languages. The app advertises that this is not about boring memorization, but language training through visual products. Images and meaning are linked directly to one another. A practice session should only last five minutes a day. In-app purchases are not surprising. The prices range from 0.59 euros to 189.99 euros.

The 2018 iOS app is called Procreate Pocket. This is a drawing app specifically for the iPhone. Users can mix colors and let off steam on a digital canvas. The app costs 5.49 euros.

Info: The apps have been chosen by Google and Apple. Users could vote themselves for the winners of the app vote on Google.

The top apps of 2018 from Google (Android) and Apple (iOS).
Logos: Apple / Google, photo / montage: teltarif.de Google has defined a total of 15 categories for classifying the selected apps. Below is a selection of the excellent Android apps.

Winner app election 2018: The Lovoo app is part of the social networks division and uses a match process to bring together suitable users.

The most fun apps: According to Google, the category includes painting programs such as No.Draw, Musixmatch Songtexte and IGTV, a playback app for Instagram videos in full-screen mode.

The game of the year PUBG Mobile is an online shooter where up to 100 players land on an island where only one can survive. The players have to gather their own equipment and weapons and defeat the other players in the ever-shrinking play area.

Winner game election 2018: The strategy game Clash Royale was able to top the charts here. For example, players can play one-on-one against other players in online duels.

The best insider tips Programs like Unfold - Create Stories have made it onto this list. Among other things, image templates for travel stories are available to users. Another insider tip is the Just a Line app. This allows drawings to be created using augmented reality.

The best everyday helpers With the Squid - Take Notes & Markup PDFs app, you can, for example, take handwritten notes and then export them to a PDF document. The Wallet - Budget, Money, Expenses, Bonus Cards, Bank app is a financial planning app to keep an eye on your budget and expenses.

In addition to the regular apps and game charts, Apple has defined a total of ten categories. This also includes special classifications for iPad, Apple TV and Mac. Below you will find a selection of the iPhone charts, whereby trend categories such as "Game trend of the year" can also be cross-platform, for example iPad.

Game of the year:Donut County is an indie game (5.49 euros) in which - to put it simply - players slip into the role of a black hole and devour everything. The hole is controlled by a raccoon who has got on the wrong track.

App trend of the year: The trends are under the guise of self-care. Everything that revolves around mindfulness, motivation and meditation can be found here, such as Fabulous - Motivating, Shine - Daily Self-Care and Calm: Meditation and Sleep.

Game trend of the year: The popular online game Fortnite - Battle Royale was able to establish itself as a trendsetter. This is a colorful shooter in which, similar to PUBG Mobile, players land on an island and compete against 99 opponents. The last survivor emerges from the game as the winner. Every player is unarmed at the beginning and has to find the appropriate equipment first. There is also a place for a little building strategy here. For example, players can build a ramp from previously collected resources to climb a hill.

This is a selection of the app winners from both platforms. You can find all the top apps in the Google PlayStore or on the official Apple homepage and directly in the AppStore on mobile devices.