Why did Google dominate the competition

"We just want competition on an equal footing"

"Under fair conditions, Google would lose 20 percent of the market share in one fell swoop." For Gabriel Weinberg (article picture) the final boss is certain: Google, its search engine and the system around it. The 41-year-old is the managing director of DuckDuckGo, a search engine that advertises privacy and does not want to be a data vacuum cleaner.

"It feels bad. You have a solution, but you're being held back. That needs to be corrected," says Weinberg. His overpowering competitor made it unnecessarily difficult for him to use other search engines on Android phones. "It takes 15 clicks to set us as the default search engine." Everyone should be able to decide more easily which search engine to use. "We just want competition on an equal footing." 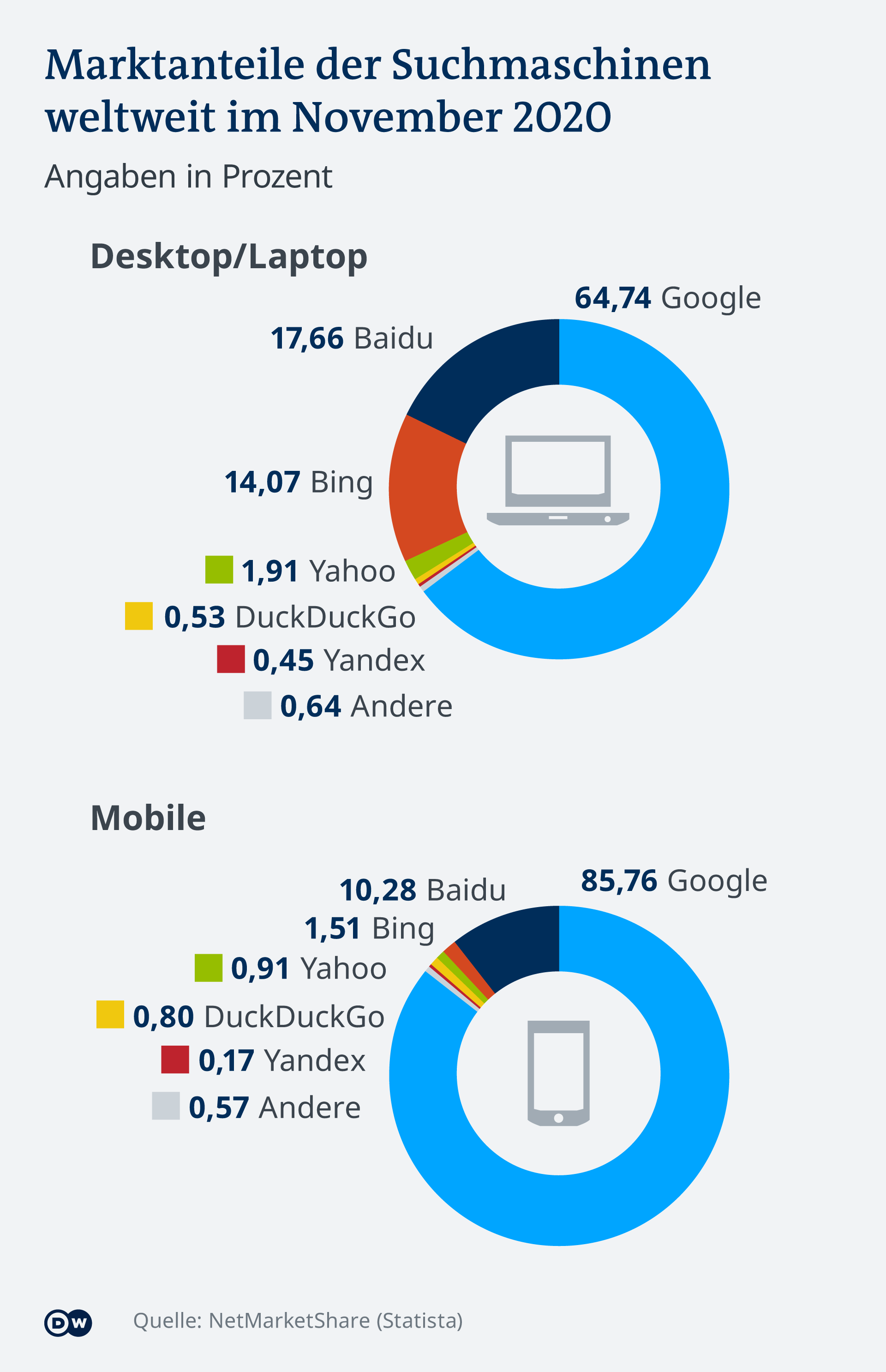 Weinberg has not been alone in the USA with his demands for a long time. Politicians have taken his side. The criticism of the market power of Google, Facebook, Amazon and Apple is no longer background noise, it is slowly turning into a siren. Several US states have sued Google, accusing the parent company Alphabet of using illegal competition practices to defend its monopoly on online searches and online advertising. There are also lawsuits against Facebook.

The EU is planning the big hit

What is happening on a small scale in the USA is currently being planned on a large scale in the European Union. This is about nothing more than the reorganization of the digital world. The EU Commission wants to make competition fairer with a digital services law and a digital markets law. Those who oppose the possible requirements could face fines of up to six percent of the respective global annual turnover. This is probably one of the reasons why the network activist Markus Beckedahl is certain. "This will be the biggest lobby battle in the digital world."

Beckedahl has been observing the behavior of the tech giants for almost 20 years onnetzpolitik.org. The long "regulatory holidays" at the authorities should now be followed by a regulatory framework that prevents the large corporations from expanding their power "from their market-dominant position." 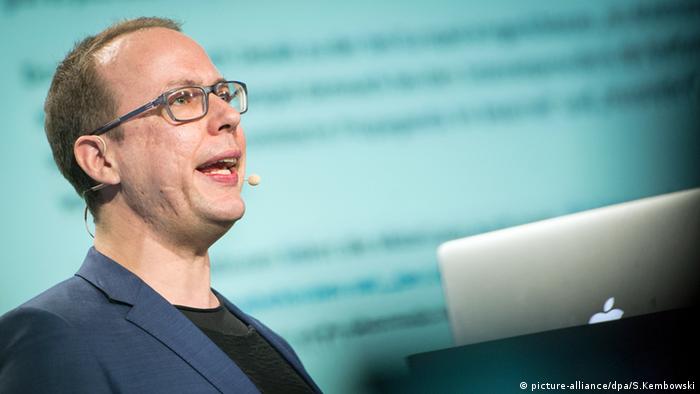 ″ There is a huge power asymmetry ″

According to the proposal of the EU Commission, platforms are no longer allowed to prefer their own content and products to those of other providers. They have to make their advertising and their recommendation algorithms more transparent so that it is clear who is being shown what and when. As a last resort, the EU is even considering breaking up corporations if they don't adhere to EU rules.

So-called interoperability could also be a sharp weapon. Accordingly, the large corporations would have to open their systems: A message from Whatsapp could then also be sent to Telegram. "This can lead to more competition in the messenger services market," Beckedahl said in an interview with DW.

Researchers and authorities should also have better access to data from Amazon, Google and Co. "There is a huge power asymmetry at the moment. The platforms have all this data, their research departments can access it in real time. While regulators are at a loss."

But the Commission's initiative comes almost too late. In addition to the search engine market, Google is also the market leader in user-generated videos via YouTube. In addition to the mail order business, Amazon is building its supremacy in the cloud business (AWS - Amazon Web Services) (see graphic). And Facebook dominates the social networks with its in-house platform and Instagram - the messenger market with Whatsapp. 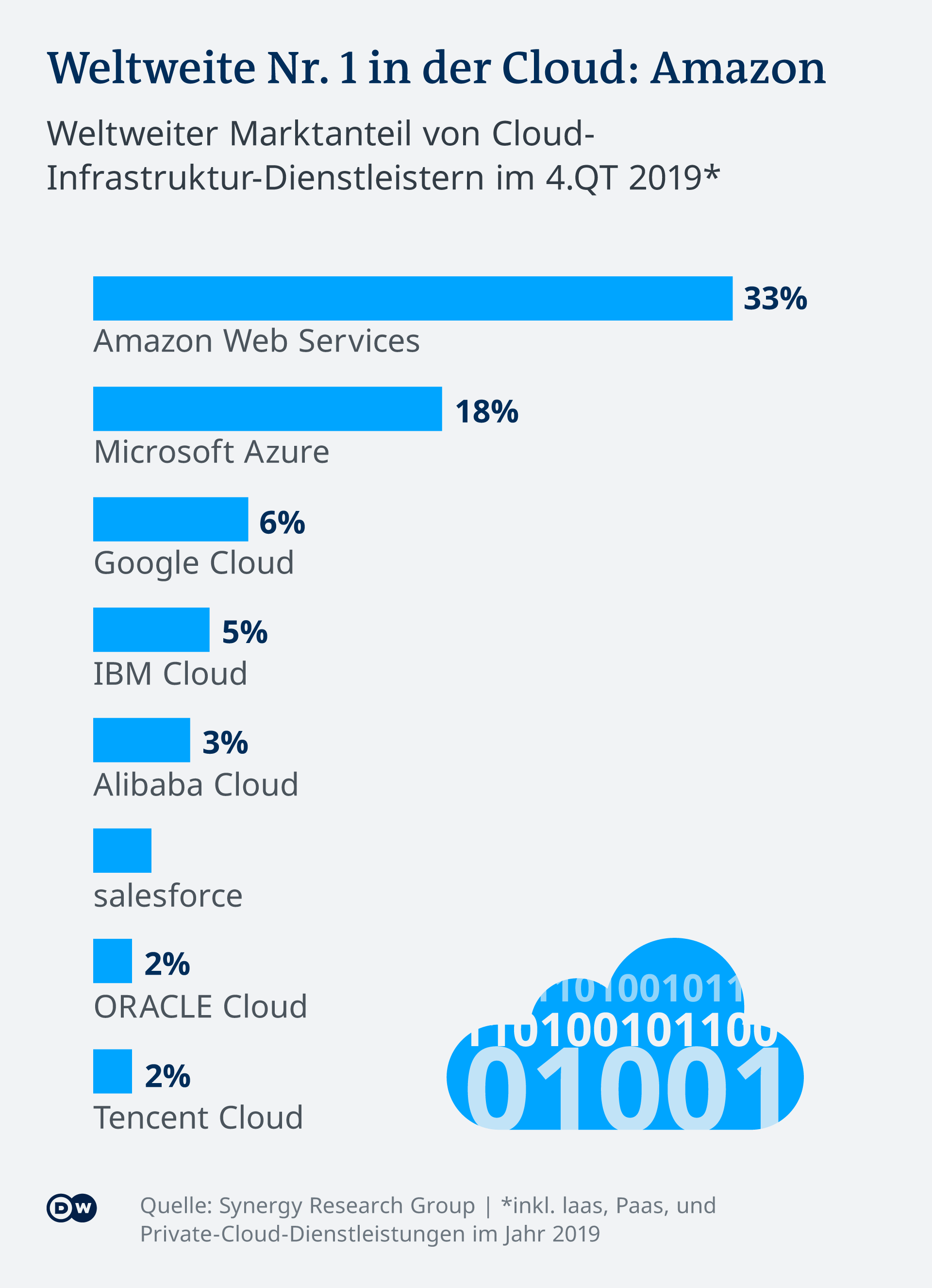 Gabriel Weinberg from DuckDuckGo is also observing developments in Europe. The company is one of the founding members of Global Privacy Control, an alliance that cares about the protection of private data.

He has been working on his search engine for almost 13 years and now has 150 employees. For him, the personal data are responsible for "what is going badly on the Internet and also causing social problems". It is true that his search engine also makes money with advertising. But unlike Google, you orientate yourself on the context of the search - not on the profile of the user. Weinberg believes that doing this will also improve the quality of search results. "We want the results to be the same all over the world and not dependent on your personal data."

According to his own statement, his search engine currently has two billion inquiries a month and is growing rapidly, but the market share for searches by DuckDuckGo is still negligible compared to the competition (see graphic above). "If it were easier to search with us, we could already have ten percent market share in Europe."

From Europe to the USA?

Markus Beckedahl from netzpolitik.org believes that the US government is initially not interested in cracking down on its tech giants. "These are the companies with which they dominate the world." Nevertheless, stricter regulation in the EU could serve as a model and increase the call for comparable measures. This has already been shown in the General Data Protection Regulation GDPR. "Here Europe has created a digital standard." However, everything will not automatically turn out for the better through regulation alone. Consumers also need it for this. "With every click, with every search query, Google gets better."

DuckDuckGo boss Weinberg hopes that the competition will be fairer. He is already aware of an interest in more privacy. And so there were already one or the other takeover rumors on his search engine. He doesn't want to comment on them. Only this much: "We will definitely not sell to Google."