King Roger on the test bench: will these three Federer records survive the tennis year 2020?

The eternal hunt for tennis records goes into the next round 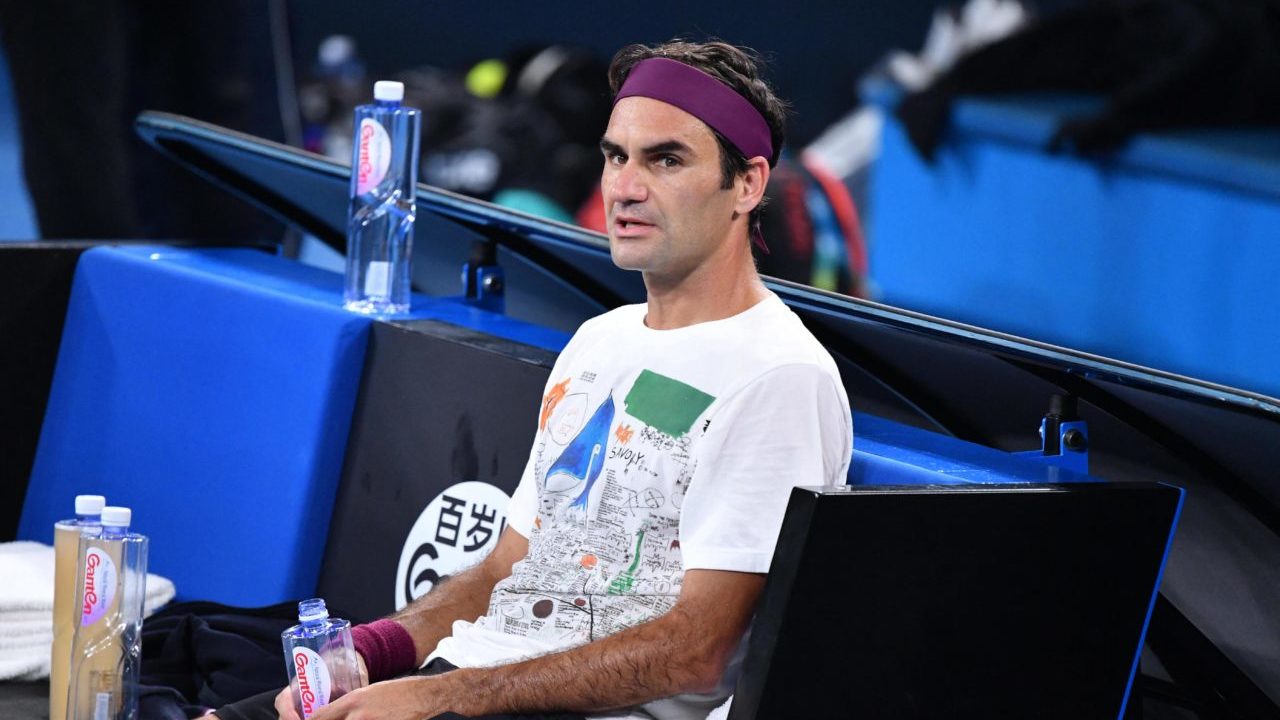 Roger Federer starts the new tennis year on Monday at the Australian Open. In the 2020 season, several best marks of the Swiss are on the test bench. We provide an overview and dare to make forecasts.

For many fans it has become something of an obsession in recent years: the hunt for tennis records. Who will win the most Grand Slam tournaments? Who has been number 1 in the world the longest? And anyway: who is the best of them all? Even if Roger Federer, Novak Djokovic and Rafael Nadal regularly downplay the importance of these records, you should always keep an eye on the eternal leaderboards.

If you look at the record hunt with Swiss glasses, The past tennis season could hardly have gone worse. With Rafael Nadal and Novak Djokovic, Roger Federer's worst competitors not only shared the four Grand Slam titles, but also the 52 weeks at the top of the world rankings. They are now dangerously close to the 38-year-old Swiss.

In the race for the most Grand Slam titles, Rafael Nadal is even closer to King Roger than ever before. With his 19 major trophies, the Spaniard has only won one less than Federer. Given his current condition, it can be assumed that the 33-year-old Mallorcan will win at least one major title at the French Open this year. The maestro, for his part, needs at least one Grand Slam title this season to keep the Spaniard at a distance. Roger Federer certainly has the greatest chances of doing this at the Australian Open that starts on Monday and at Wimbledon.

With 16 Grand Slam titles, Novak Djokovic is also not far from Federer's record. It is highly unlikely that the Serb will stop the Swiss man's 20 titles this year. To do this, he would have to win all four major tournaments of the year, something that has not existed in men's tennis for over 50 years. Nevertheless: The Serb is the youngest among the Big 3, it can be assumed that he will play at the highest level for a few more years and thus also come dangerously close to the maestro's record.

Forecast: Rafael Nadal sets Federer's record of 20 Grand Slam titles this year, but does not exceed it. The Swiss’s record should fall in 2021 at the earliest.

Novak Djokovic is still looking at another important record for the Swiss this year: the number of weeks as the world number one. The Serbian is only 35 weeks away as world number 1 to set Federer's record of 310 weeks. Should the Djoker regain the top of the world rankings from Rafael Nadal at the Australian Open, then he would have to hold it until the beginning of October 2020 to equalize Federer's record. However, since Djokovic is defending champion in Australia and cannot gain any further points, he is dependent on an early out of Rafael Nadal in order to take the lead in the ranking again at the beginning of February.

The current world number one Rafael Nadal hardly has a say in the hunt for this record. He is currently number one in the world at 207 weeks would have to be at the top of the ranking without interruption until the beginning of 2022 in order to equalize Federer's record. In view of the Mallorcan’s vulnerability to injury and the fact that he will celebrate his 34th birthday in a few months, this seems almost impossible.

Forecast: Novak Djokovic is collecting more weeks at the top of the world ranking this year too, but it is not quite enough to Federer's record. This record by the Basel provider is also unlikely to be broken until 2021 at the earliest.

Last but not least, the best marks in the individual Grand Slam tournaments are of course also important in tennis. While Novak Djokovic is the record winner at the Australian Open, this record at the French Open belongs to Rafael Nadal. Roger Federer holds the record for most titles in Wimbledon and the US Open. In New York he shares the record with Jimmy Connors and Pete Sampras, who, like Roger Federer, have each won the tournament five times.

With Rafael Nadal, a fourth name could be added to this illustrious list this year. The 33-year-old won his fourth US Open title in 2019, With which he is only missing a title up to the record of Federer, Sampras and Connors. Novak Djokovic is also not far from King Roger with three US Open titles. Federer's eight Wimbledon titles, on the other hand, seem out of reach for both Nadal (two titles) and Djokovic (five titles).

Forecast: The maestro's US Open record will not be set in 2020, but it may be a year or two later. Federer's Wimbledon record, on the other hand, does not seem to be in danger and should last for the decade.

Whether Roger Federer's three mentioned records will still hold after the tennis year 2020 depends not only on himself and his two worst competitors Rafael Nadal and Novak Djokovic. It will also be decisive whether a player of the younger generation finally makes the breakthrough at the Grand Slam level. With Stefanos Tsitsipas and Daniil Medvedev, two youngsters indicated their great potential last year. Dominic Thiem has also been close several times at the French Open. So whether one of them will help Roger Federer in the eternal record hunt?